New Season And A Different Feel 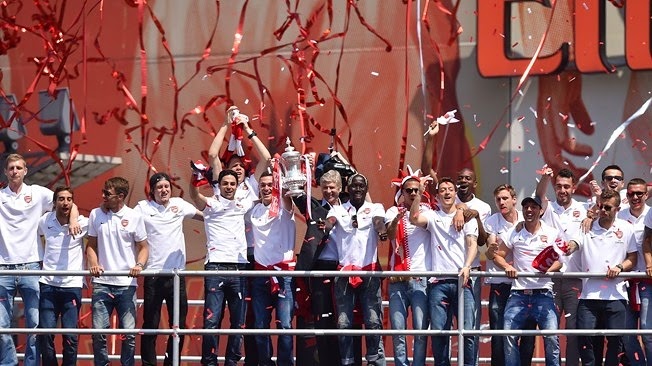 The day Robin Van Persie signed for Manchester United from Arsenal, we all probably felt as low as we ever thought we could.

Our captain, our top scorer and best player had just left for our biggest rivals over the Wenger era.

Fast forward a couple of years and Mesut Ozil was bought followed by Alexis Sanchez -  to be fair, the summer Van Persie was sold, Arsenal did some good business in terms of players coming in. Santi Cazorla arrived for a fee of 11m which in truth was genius as did Podolski, a German internationally nearing 100 caps and Oliver Giroud, a champion in France. However, the loss of the captain was the most talked about move that summer.

This year, we have lost Bacary Sagna who in my opinion, was a tremendous player who I would have loved to stay – but again, a three year contract on 90k means paying a 34 year old 90k in his final year which does not make good business sense. Seeing Bacary go was tough but seeing what we have done give me as much pleasure as the signings of Alexis or Ozil. We recruited a ready made right back who knows the country, is experienced and number one choice for his national team. In addition, we have got Calum Chambers who can play in a wide range of positions, including right back. Many had a fear that Carl Jenkinson would be thrown in but he now gets a year on loan where he will have a better chance to actually do what he is paid for – play!

The buzz of having our new signings (along with the return of Joel Campbell) and having a ft again Aaron Ramsey and Alex Oxlade Chamberlain gives us plenty of optimism. The return of Theo Walcott is what excites me the most – having Theo and Alexis in the same team SHOULD frighten most teams and in my opinion, will bring out the very best in Mesut Ozil.

There is still some work to be done (replacing TV5 and perhaps adding another player or two) but the signs are good and the squad looks better then it has in years.

Whatever happens at Wembley tomorrow (without three Germans, two of which will be starting most games), win or lose, I think this team is ready to add to the FA Cup they won last year and this season could just be the one where we look back at and think, the wait was worth it.
Posted by Akhil Vyas at 17:36 0 comments