How Did Anyone Not Enjoy The Month Of March? 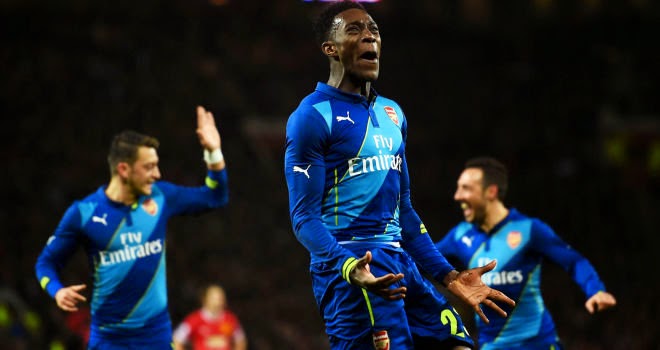 A win on Saturday will result in Arsenal only being four points behind Chelsea for a few hours at least – considering the way Arsenal started and Chelsea started (new invincibles, walking the title, quadruple etc) that sounds quite amazing.

I’m not saying for one minute that the title is within reach but it’s an incredible where we are considering how we started – now to work out how to start well and end well!

Arsenal started the month with a 2-0 victory over Everton at home which was essential after the Monaco showing the game previous. We then went to QPR and had a poor first half but got much better in the second to grab another vital three points. We then went to Old Trafford in the cup and broke our winless run which feels like it has been going on for years and years and we played extremely well. We went there with this new attitude of not always having to have the ball but use it better when we have it and win the game – it worked a treat. We then kept another clean sheet at home by defeating West Ham 3-0 and despite two of the goals coming quite late, we always looked in control and no real danger of losing the game. We then went to Monaco in our annual ‘mission impossible’ and came close to winning the tie but another sense of déjà vu occurred but it was another win regardless to maintain our run which was the minimum we could do. We ended the month going to Newcastle and once again kept the run going – we had a tough second half but came through it which in a funny way, was impressive to watch too.

I appreciate there are many opinions in football and opinions are what make the game so great but how a supporter of a club that have had the month we have had not enjoy it is beyond me!

The Monaco defeat at home was painful – it really was a major slip up. Arsenal had a fantastic opportunity to progress and perhaps be a surprise package in the competition. We lacked concentration and dare I say it a bit of motivation because we thought it would be an easy tie – this should be a good warning for the FA Cup semi final (along with going to the wire in last season’s semi final).

An FA Cup and second place finish would be progression but a title challenge is a MUST for next season but for now, let’s enjoy the final straight and hopefully ending with another great weekend at the end of May.
Posted by Akhil Vyas at 14:51