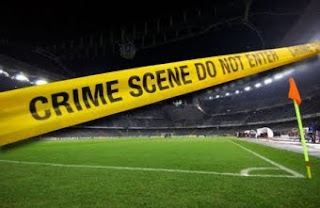 Looking around sport and seeing the types of punishments being handed out has really got me thinking.

On a day where Cricket has grabbed the headlines, I have thought about punishments in general (sport and society).

What is the punishment? A three game ban (in most cases). Does a player who has just been caught out of position deserve the same ban as someone who broke the leg of another player? For me, the three match ban should not be so black and white.

Take the young lad, M Amir. He was 17 years of age (when he bowled the No Balls) and was obviously leant upon by his captain among others. He was a young player with immense talent and could have been a world star. Coming from Asia, where there has always been rumours of corruption and where poverty exists, you can understand slightly why Amir did what he did; off course it was wrong and he should be punished but most people will have some sympathy.

The three players did wrong and should be punished; some agree with a jail sentence and some do not.

I look at Salman Butt’s 30 months (even though he may only be in for half of that) and think I know people that have done a lot less time for assault. Look in our own sport, Joey Barton was jailed for six months for assault. Which one is worse? Is Salman Butt’s crime five times worse then assault? I am not convinced.

I am a big follower of cricket and follow the Indian and English cricket team very closely and go and watch England play every summer ( more this summer because India were here) so I understand the argument of paying customers being cheated and I agree but is jail right?

Others have been known to actually throw a game; players like Mohammad Azharuddin (who was one of my favourite cricketers when growing up) and Hansie Cronje have been given life bans but interestingly no jail sentence. Both were very high profile players and captains of their countries (India and South Africa respectively). Cronje even passed away in a suspicious place crash which shows how deep the problem may go.

I have been told that these illegal bookies do not take NO for an answer and players worry for the safety of themselves along with their family and this may well be a valid argument but without players coming out who have been approached, it will prove very hard to catch these criminals. No man would enjoy threats to their family and there is a level of sympathy there too.

Other players have come out about how they have been approached like Hollioake, Nixon, Akhter etc and this may help the ICC to stop match/spot fixing in cricket.

I have never understood how life bans (in any sport) can be over turned. Once a life ban is given to a player, it should not be rescinded unless there is genuine proof the original ban was incorrect.

There are many positives to come out of this type of sentencing. Illegal bookmakers and potential players may just think twice about spot/match fixing. With all the sympathy around Amir, an argument can be made that if he is let off lightly, other young players may feel they can do the same. Young players are likely to be targeted as they may not have the experience or know how BUT at the same time, they should be protected a little.

Harsher punishments may be required if corruption in sport is to disappear but if the courts are to get involved then there has to be some consistency, others who spot or match fix must get harsh sentences and other crimes must have sentences that are deserved for the respective crime.

The question remains, some who assaulted another human being got six months in jail and someone who was apart of a major spot fixing case got 30 months.

Regardless of if you agree on the jail time or not, the three players and any others in any sport who match or spot fix deserve to get punished and I for one, never want to see any players who fix anything in sport play again ever.

Posted by Akhil From Hounslow at 00:57