The English Teams In Europe Dilemma 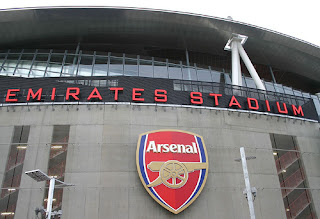 Firstly let me apologise for my absence in regards to blog posts. New job along with the away trips (which have been epic by the way) have taken it out of me!

Watching this weeks Champions League action got me thinking about what I want to happen and what is best for Arsenal football club.

On one hand, our record against English teams in Europe is quite poor. Manchester United, Chelsea and Liverpool have knocked us out in the past so if we have ambitions to go far in the competition, the lack of English teams should help us.

But the other hand says we will probably not win the Champions League so finishing fourth is a MUST and therefore the more games our rivals play, the better. Yes going out of the Champions League means playing in the Europa League on Thursday nights but do we really think the big teams will play their strongest team? I don’t think so.

For me, Man City and Man Utd are a bit far off and even though a good run off form can see us catch them, it seems unlikely. Chelsea on the other hand, are only two points ahead and if they had gone out the other night then come February, they would have had a real advantage in the league. Imagine having to play a European away game then go to Everton or Liverpool and having Chelsea fresh.

It was one of them dilemma’s I had while watching the games and even though seeing Chelsea go out would have meant, the small club in crisis would be the only English team left in the Champions League, the possible fixture congestion (for Chelsea) can only be a positive.

If Arsenal avoids the two big Spanish teams, then you just never know what can happen.

Posted by Akhil From Hounslow at 14:51