Living The Dream, Living Our Dream 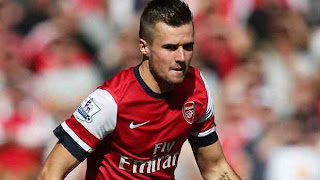 Playing for the club you support, the club your dad has a season ticket at and the club you are desperate for to win - that is a distant dream for most…

For a player that was playing in the sixth tier of English football, his rise to ‘fame’ is quite remarkable.
He was told he was no good, he was rubbish, and was not an ‘Arsenal player’, yet he still went on and fought. He was sent off at Old Trafford early in his career and many doubted him. Some people even thought he would never get capped by Finland, let alone talk about the prospect of him playing for England.

He played here and there, sometimes played well enough, sometimes didn’t have the best of games, but never really got spoken about. That was until this season. An injury to Sagna has meant Jenkinson has played, and played very well indeed. He has developed defensively and offensively and his natural height gives him a big advantage at set pieces. He has created goals too and has been a threat in the opposition's half of the pitch.

Carl Jenkinson is truly living the dream, a dream we would all love to live. We cannot directly influence a result (we can chant songs and try and motivate players but not much else) but knowing Carl Jenkinson, a man who loves the club as a supporter, makes me feel rather good.

I hope he gets picked for England and hope he proves to be a top player for the country because I am sure he will be for OUR club.