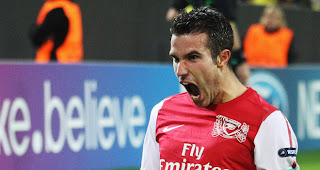 I got wind of the questions that were asked about player contracts in the press conference today and like I mentioned on the fans forum, for supporters like us, it’s very concerning that the bridge between our wage structure and other clubs wage structure is ever increasing.

With Robin Van Persie, Theo Walcott, Thomas Vermaelen, Alex Song etc all inside of two years of their contract expiry, the longer the time goes on the more nervous we all get.

I wish after the Barcelona game, all the top players were offered contracts because bar Cesc, they all may have signed!

I am convinced the club will be working hard to get these contracts signed but with the current wage structure it may prove difficult.

It may be time to take a serious look at the wage structures because keeping players will be hard but attracting replacements may be even harder.

Keeping someone like Robin Van Persie is massive in attracting major talent to the Emirates’ in fact keeping Robin and staying in the top four are the two most important things in my opinion in regards to attracting players of the calibre that this club deserve.

Money is dominating the game so if Arsenal are not competing for trophies (the big ones) and if wages are not high enough then you cannot blame the top players for not coming and the top players we already have for leaving; and believe me, that pains me to say, it really does.

For now, concentrate must be on Bolton and the short term is important. Three big games this week and three positive results may make everyone feel a bit better! Certainly will calm me down!

Let’s hope our form against Bolton at home in the last few years continues and we get the much needed three points.

Posted by Akhil From Hounslow at 23:41