Swansea / Dortmund/ AST meet- General round up of the last 7 days. 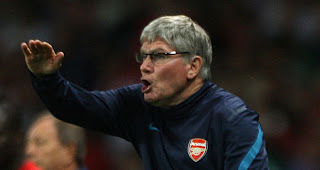 Three points against Swansea was the most important in my opinion, not so much the way we played or the score line, many disagree but I went home pleased with the three points and on as a bonus we got a clean sheet.

The Dortmund game was an interesting one. First half, Dortmund could have been a few up but as the game went on, most of our players stepped up. Song, Sagna, Koscielny were outstanding when defending the one goal lead. Robin Van Persie led the line so well and took his goal brilliantly. In all it was a great point; off course when you’re leading and are pegged back so late on in a game it is disappointing but in the bigger picture it’s a top point.

Sandwiched between the games was the Arsenal supporters trust (AST) meeting and as always, some interesting points came out from it.

We go to Ewood Park and I am pleased I am making the trip because I genuinely think we will win. I think slowly but surely most players are coming back to fitness and we can add Gervinho and Song to the squad that played against Swansea and the team is more then capable of winning at Blackburn. The bench will look a lot stronger here then it was on our last away day too!

Blackburn will be playing for their manager a bit and be desperate to get at least a point so it is important to repeat the start we had last year and try and knock any momentum they get early by scoring a quick goal.

Early start of us all making the trip but Come on you Arsenal !

Posted by Akhil From Hounslow at 00:00