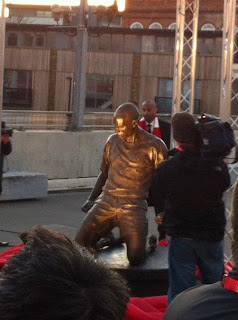 Our day started with a few of us being invited to one of the club level suites and being greeted with a cocktail reception along with a small finger buffet. I enjoyed my Champagne and glass of wine and the Legend DVDs on show.

Ivan Gazidis welcomed us by saying a few words.

We got taken downstairs where we were in a school like queue; we waited around because someone was late... that someone was Arsene Wenger. He then came and signed a few autographs and walked past us along with the directors and chairman of the club.

Then this tall Frenchman, who I am told scored 226 goals for our wonderful football club walked past and shook a few hands (including mine!).

We were taken to each statue separately and speeches were given by Peter Hill-Wood, Arsene Wenger and off course, Thierry Henry.

Thierry's speech was superb, his love for the club was genuine and he broke down while speaking and the crowd helped fill the silence by chanting his name. Thierry ended his speech with his legendary 'Once a Gooner, Always A Gooner' line.

Maria even had a chance to shout her 'Come On You Gunners' which is very well known within Arsenal supporters.

The game vs Everton will also be just as special and I hope all Gooners enjoy the game; After all, its a game we must win!

Here are a few snaps from the day: 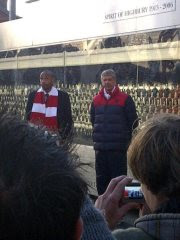 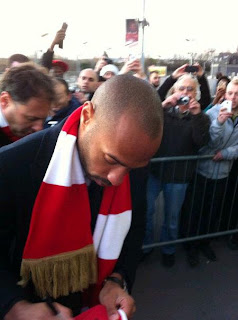 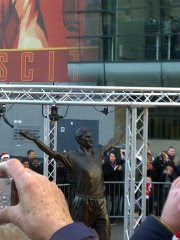 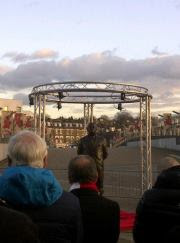 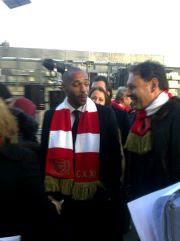 Posted by Akhil From Hounslow at 20:27