Not Barcelona Yet, Wolves is Next Up And Thoughts On Wilshere For England 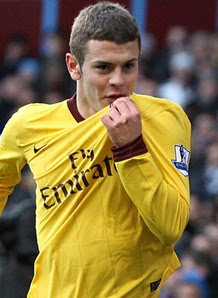 As people keep telling me, less then a week to go to the Barcelona game and I keep telling them not to worry about that because Wolves is what matters first.

Next game and all (I know I know, so original).

Wolves must be on a high having beaten Manchester United last week and that was a result which really helped us too. One week we are urging Wolves on and this week it will be the exact opposite.

Hope everyone has got over last weekends events, certainly kept me down for a few days. Seeing Wilshere NOT look out of place on the international stage made me feel better and seeing that Theo assist also did the trick. I heard a few people on Wednesday talking about Jack Wilshere and saying his just an average player who is nothing special etc. One went as far as saying this is why English football is in such a state if people are pinning their hopes on Wilshere who is ‘one dimensional’!

Talk about killing a player before they have even began! His 19 for havens sake! Give the boy a chance! Talking about it here is quite pointless as most people reading this will be Arsenal followers but I could not believe what I was hearing. England did not have the best of world cups (bit of a under statement) so as an England supporter, I want players like Wilshere to develop and lead the country to glory. Not just Wilshere, players like Rodwell and Johnson who I rate highly too.

What impressed me was Jack did not look out of place; he passed the ball well and looked like he has been playing for years. The fact that he was so excited to play for England and got his shirt signed by all the players and is framing the shirt to me says it all. I think people who were judging Wilshere at the age of 19 should think twice. Jack Wilshere is someone who really wants to play for his country and I think he is a massive part of England’s future.

Our players seemed to come back from the internationals injury free and our two world cup finalists dropped out due to illness and could be back so in that respect, we are well placed. I am Sure we will learn more in the Mr Wenger presser about Johan Djourou and lets hope it is only bruising and he is fit to play because his vital.

Let’s beat Wolves then we can look to that small game on Wednesday night!

Posted by Akhil From Hounslow at 00:35