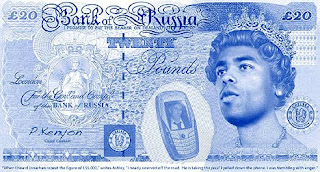 I had a bit of a busy weekend with the Arsenal, the cricket and a family wedding hence no post over the weekend. With Arsenal in the place they are in, i really did not know what to write and just need a day or two to gather my thoughts and enjoy my hero Sachin Tendulkar winning a World Cup.

A good pal of mine who himself is a season ticket holder and coaches for Arsenal in the community has wrote a very interesting post which is balanced and something i thought was a fascinating read.

I remember sitting in the crowd at Stamford Bridge with my blood boiling. Ashley Cole was playing his first game against Arsenal, I left my house that day looking forward to not just going to support The Arsenal, but to shout abuse at a professional footballer.

Why was I so angry? Yes, Chelsea are rivals, Title rivals, London rivals, but they are not Spurs. Was it the way he criticized our beloved Arsenal, saying no one spoke English in the dressing room? That the board didn’t appreciate him enough? That he felt let down by the Arsenal fans on the final game at Highbury when they sang Thierry Henry’s name and not his? He said in his autobiography that he ‘almost crashed his car’ when he realised Arsenal had ‘only’ offered him £55,000 a week.

That sentence and figure has stuck in Arsenal fans memories, but how would you feel if I told you the same club paid players such as Abou Diaby or Denilson £60,000 a week? Would you start asking questions? I certainly have.

If Thierry Henry, after the Invincibles season asked for a specific amount of money would we have given it to him? The answer is Yes. Why didn’t we give Cole the money he wanted, why did we not repay him for the brilliant consistent performances he had given us? The trophies, the glory. We did not appreciate him as much as we should have.

Cole, Pires and Henry destroyed teams. Our left hand side was arguably one of the best in football history. His battles with Cristiano Ronaldo for Arsenal and England were incredible, especially in Lisbon in the European Championships, his individual performance made me proud to be English.

When Cole missed a penalty in the FA Cup Wojciech Szczesny tweeted ‘What do you think Ashley was aiming for when he took his penalty? Is it a bird? Is it a aeroplane? No, it’s just Ashley throwing Chelsea out of the FA Cup.’ He also mocked him at the screening of the West Brom game at the Emirates saying, ‘I was just laughing at an average left back.’ At the time I found this funny, even shouted the ladish banter of ‘Waahey!’

On reflection, I was objective with myself; I didn’t look at the situation through red coloured glasses. I thought, who is Szczesny to mock him? Who is he to insult a fellow professional publicly? Yes you might still hate him, but the fact is, Ashley Cole is an Invincible, if he didn’t leave in the way he did, his shirt would be outside on the posters around the Emirates. If he were still here, he would be club captain. He played over 150 games for Arsenal, he won two League titles here, two FA Cups and played in the clubs first Champions league final. He is the most capped left back in English history and as a Hale End product, he is regarded as the best left back in football. Next time Woijech Szczesny thinks about publically disrespecting Ashley Cole, maybe he should go and look at his Arsenal medals, then look at his own.

Knowing he was the only player to turn up at the long serving Arsenal media chiefs Amanda Docher’s leaving party, made me think… Maybe its time to forgive? Maybe its time to realize what he did for our football club? Yes Ashley Cole is at fault as well, he said things he shouldn’t have, he left his boyhood club and he didn’t stay loyal. No doubt those things do upset me, but the real reason I was so angry… was because he is so good.

Posted by Akhil From Hounslow at 23:31