Newcastle Away In The Carling Cup... 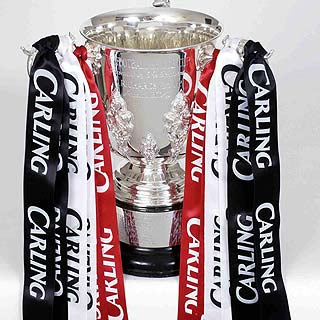 Newcastle Away in the Carling Cup = Massive

Well, who would have thought it, a game in the Carling Cup is being talked about as one of the more important games of the week. Some have even told me they think this game is bigger then the game on Sunday in Manchester. I don’t quite agree that’s its more important but can accept that it’s just as important.

On the other hand, Jose’s Chelsea won the Carling Cup in his first season and that set the platform for further success. The same could be said about this team. If they did win the Carling Cup, it could give them that much talked about ‘winning feeling’.

I do not tend to do this often but here is the team I think Mr Wenger will play:

The Central midfield may need looking at but I think Lansbury deserves a game after such a good performance at the lane and with Walcott back and needing games, it may mean Lansbury plays in a different position then he did in the last round. I want to see Jay Emmanuel Thomas more too and have been told by youth team experts that he is a very good player and will be unlucky if he does not feature.

It could be a big game for Szczesny as he has been requesting game time and here he may have it. With Fabianski playing really well and being odds on to carry on as number 1, Szczesny will surely get his chance on Wednesday night.

Let’s get behind the team and get a positive result!

Feel free to comment and tell me your predictions for the starting line up.

Come on you Arsenal

www.twitter.com/10akhil
Posted by Akhil From Hounslow at 14:59