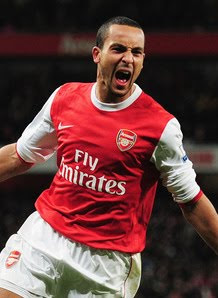 Firstly, sorry for the lack of posts, had a lot on the last week or so. Been covering some of the Masters Snooker for another site too live from Wembley, which has been good, but not quite the Arsenal though!

I am going to avoid talking too much about the cup games but i do have a theory. The desire in the cup games has not matched the desire in the league games. The team that played against Leeds and Ipswich were more then good enough to win but just did not turn up with the sort of performance we expect.

The players that played in the two games are mostly first team squad members but not first choice players; so you would expect these players to want to take their chance to push to get into the first choice 11. That just didn't happen.

I am not sure if this is a mental issue or what. I really cannot explain why we looked so flat in the past two games.

The theory is most probably total rubbish but I do think we will see the real Arsenal in most league games. We have had some wake up calls earlier in the season and we know we are not in a position to drop points with Man Utd clear at the top of the league.

West ham have been struggling this season but their last five or six games have not been too bad, take away their 5-0 loss at Newcastle and their form is not as bad as people make out. So we cannot be taking this game lightly.

We must win and keep the pressure on. Its vital we win as Man Utd go to Spurs on Sunday and the only way to put pressure on is to win.

Come on you Arsenal !
Posted by Akhil From Hounslow at 20:48