End Of Yet Another Season 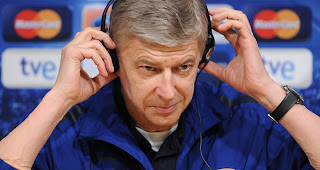 Fair to say I had that empty feeling as I woke up on Monday morning knowing there was no more Arsenal for a few months; but in a way, I was glad.

I think we all need a holiday and a break from football. Supporters, players and manager and even the stewards look a bit worn out! This has to be one of the more frustrating seasons in recent years because of the dramatic fall from four competitions to one then to none.

The Emirates was a strange place in the latter part of the season, it was very uneasy and very tense and with the results on the pitch, no one can be surprised.

The other chant that created a story was about spending money. I didn’t get involved in the chant BUT completely understand it. This squad does need some work and some investment and for many supporters who like me, paid £50 to come and watch the Arsenal on Sunday just wanted to get their message across. What was touching was that straight after that chant, there was a chorus of ‘We Love You Arsenal’ for about a good five minutes and that just showed that supporters are frustrated BUT are still very much in love with the club and only want the club to be successful.

After the game Mr Wenger said we cannot spend 50m on a player and off course the supporters were not hinting that we do but I do believe Mr Wenger knows exactly what the supporters mean but wanted to fob the question off a bit because he has always been quite tight lipped about transfer activities.

In an interview with Arsenal Tv (Arsenals own media channel) he was more open and said he will be active so I guess we just have to wait and see.

With players like Denilson and Bendtner indicating they may leave and with others rumoured to want to leave, the boss has no real choice but to strengthen. In a press conference a few weeks ago, he was asked about conceding late goals and he put it down to experience and said the transfer window is a way of solving it.

For me, it’s not about how much we spend; it’s more about the off course the quality but personality of the player. Take someone like Martin Keown, he perhaps was not the most technically gifted footballer we have had BUT he was a warier and a leader and stood up to be counted for ALWAYS. I think it may be time to look at a players personality as much as their playing quality because we do lack leaders. The right balance has to be found.

You get the feeling this is a HUGE summer for the Arsenal but one thing that we wanted was Jack Wilshere to get a rest and we got that, so wanting a few experience players may follow!

Come on You Arsenal !

Ps. My favourite moment of the season is always at the cottage because when the second half is starting, Mr Wenger always forgets to come out ON TIME rather then his usual 30 seconds into second half but at the cottage, the tunnel is on the other side of the dugout and you have to go right through the pitch and EVERY year Mr Wenger makes the same mistake and is told to run and seeing our beloved Frenchman in a suit running is always a sight that makes me smile!

Have a good summer!

Posted by Akhil From Hounslow at 18:44