Let The Press Do The Talking But Mr Wenger,You Have Our Backing 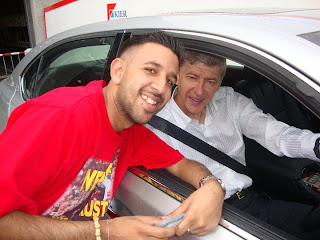 Say what you want about our great manager because we won’t believe it.

Mr Wenger was in his usual good mood in today’s press conference and that did not look like a man who was guilty of any wrong doing.

IF something like this was actually true, would he be in such a good mood and that approachable in a press conference? I certainly would not.

We all know and agree that some stories that are written are not always true.

I read a story on twitter from a female saying she had an affair with a Premiership and England footballer but the story was a non-starter and only a few media outlets ran with the story.

I have the faith and belief in my manager and think the story will just blow over as it sound’s like a complete non starter.

AND on Sunday, i most certainly will, but i would hope the WHOLE of the Emirates get's behind our man.

In Arsene, We trust.
There is only ONE Arsene Wenger,
Wenger is Class.
Posted by Akhil From Hounslow at 01:37