Where To Go From Here? 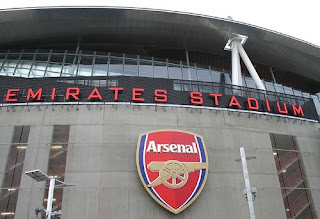 Not exactly a week to look back on with fond memories. In fact, the week was simply horrible and one to forget.

When I made this blog I said I will be as positive as I can but after this past week, it was very difficult hence the lack of posts.

How Jermaine Defoe was winning headers in our own half is just unexplainable! How the Braga front man scored with three Arsenal players around him was also unexplainable and leading 2-0 at half time and losing was even more unexplainable!

Losing to them lot down the road was hurtful. The joy of celebrating at half time is like a distant memory, however, its now time to look forward.

There are issues that need addressing. Defensively, there is always a mistake in us and even at 2-0; you do not always feel confident. Missing Thomas Vermaelen off course is a big loss, and it seems like we may have to cope without him for a while longer so we must adapt and improve. We are just conceding way too many goals.

We are still in all four competitions. A win in the in the league would mean going top of the Premiership (for a few hours at least), a win in Europe would mean going into the hat for the next round of the Champions League and a win in the Carling Cup at home to Wigan would mean a semi final place, life is not all bad is it?

This time last season, we were on the verge of being knocked out by Man City in the Carling cup (I know the same thing could happen on Tuesday but let’s be honest, it that was a very tough draw, where as this year we have a home draw and are playing more of our first team players). We lost to Chelsea around this time last season and we were something like seven points off the pace in the League. So we have improved this season. Last season we lost at Blackburn, Sunderland and City and this year we have got results at all (Draw at Sunderland was disappointing but a point is still more then last year).

The problem most of us feel is that, we will keep making these mistakes and the same old thing will happen again and again. This may be true but while we are in this position, my belief in the team will stay strong. We do need to sort out our home form because our away form has been superb this season and the stats back this up.

Mr Wenger has been the subject in many forums and on twitter and the feeling is certainly mixed. I have always been a believer in Mr Wenger and therefore will always support our man but I will be the first to admit he has some work to do. As I said earlier, the defensive side of our game needs work.

It was widely documented that there were bids for Pepe Reina and Phil Jagielka rejected and there was interest in Par Mertesacker too so this shows Mr Wenger did try and address the issue but for whatever reason it did not happen.

This week did confuse me a bit, more then I am normally anyway! I was asking myself various questions, like are our defenders good enough to win us a league? Who should we bring in to sure up the defence? Why was Djourou left out against Spurs after playing so well?

I still am none the wiser.

But the special thing about the club is, come match day, everyone is behind the team and I know that will continue.

Roll On villa away then the Carling Cup quarter on Tuesday night.

Come on you Arsenal!
Posted by Akhil From Hounslow at 16:11