Happy New Year To Every Gooner Across The World 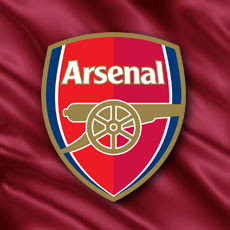 Not quite the result we hoped for last night after Monday however, all is not lost, a win at St Andrews followed by another win in a massive game against Man City will mean this Christmas and New Year period has been a very good one.

Anyone who was there or saw the game last year at St Andrews will be desperate for some sort of pay back after that last minute leveler and there is a score to settle there.

The game Against City is also huge for obvious reasons as City lie joint top in the league but after already beating them once and beating Chelsea on Monday, the belief will be there and the players KNOW we can win the big games.

Both games could be crackers but both are ones we need to win! So lets win them!! Come on Arsenal!

Also, i would like to wish everyone a Very Happy New Year. Perhaps 2011 can be the big one for the Arsenal. Have a good NYE whatever you do and stay safe.
Posted by Akhil From Hounslow at 13:19